Well, I have to say that putting any type of meat into a slow cooker turns it absolutely amazing.
It's like putting coal into an alchemy machine (yes, I just made that up), and in 8 hours on low you get solid gold.

I've found "Paleo Slow Cooking" by Chrissy Gower to be really hit or miss. The sweet potato jalapeno hash with sausage was by far my favourite dish. This is definitely going to be a repeat breakfast! I used Sundried Tomato and Basil Gluten-free sausages from McMaster's Meats in Georgetown, and it was the perfect flavour! However, according to my spice-enthusiast boyfriend, there just wasn't enough "heat". 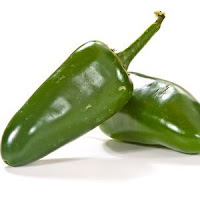 Okay, story time: I have an amazing boyfriend, who can cook pretty decently, but we have a difference in opinion when it comes to flavouring and spice. Now, I do love Indian food and a little "kick" to my food is always welcome, but unfortunately, my mouth is not equipped with a fire extinguisher like his. One morning he offered to make me breakfast - and really, who am I to refuse food being cooked for me?! That would just be crazy; So I let him do his thing in the kitchen, making me frittata to which he said he added just a tiny bit of jalapeno.

I braced myself because I knew we had a difference in palates. He can chug a bottle of Sriracha like it's a refreshing splash of morning dew and lemon drops and a gentle wind would blow across his face. Meanwhile with me, even just a taste of the hot sauce in my world would cause thunder to take over and giant dinosaurs would rampage the earth, crushing houses!, crushing mountains!, tossing lightning bolts into the ocean and electrocuting all of the fishes! The earth would open up and liquid hot magma would unfold from the tectonic plates, slowly devouring the planet as we know it! That is what hot peppers do to me. I turn into the unhappiest dragon of all.

So after my wonderful boyfriend presented me with this lovely looking vegetable egg frittata, I took a few bites and immediate I could hear the roar of the dinosaurs. I looked at him and asked him how much jalapeno he put in it... Turns out that my piece of frittata had all of the pepper and he didn't bother to remove the seeds because apparently "that's where the heat comes from."

Least to say, I never let him forget that moment and from then on he understood that when making me any dish, he had to "sarah-fy" it. So making this sweet potato and sausage hash was amazing for me. But when I make it again, I would use either two jalapenos - instead of just one (with seeds removed) or, add just a couple of the seeds to bring a tiny bit more heat into the dish. I also modified it slightly by adding a bit of cayenne for the boyfriend too. It still wasn't hot enough for him, but I loved the flavour!!

So if you decide to buy this book, realize that not every recipe is perfect. She also uses a LOT of tomatoes in her recipes, so if you're following an anti-inflammatory diet, your recipe selection becomes much slimmer.

I also didn't appreciate her use of Penzey's spices since they aren't available in Canada and trying to substitute with something here just isn't going to give that exact flavour. But for all you 'Muricans out there, go nuts - I'm totally jealous that you have access to Penzey's products.
Posted by The Healthy Fox at 6:29 PM